The End of the Office: Managing Remote Workers and Other Challenges 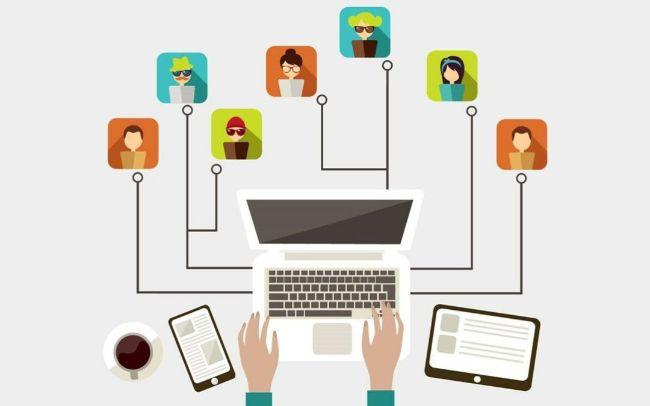 For a variety of reasons—technological, economic, and social—the office as we knew it for most of the 20th century is going away. In this three-part series, we’ll look first at why and how the office is changing; second, at the challenges the new office creates for managers and workers; and finally, at what the new office says about where society may be heading.

Part 2: Workers in a floating world

Management was never easy—“like herding cats,” as the old joke puts it—but in the old days, the cats were at least in the same alley.

Today, management may be more challenging still, as executives must lead an ever-changing stream of employees and independent contractors—who may or may not be in the same building or even in the same city—as they navigate through an ever-changing technological landscape, and deliver on objectives that may also shift.

To succeed, managers will need to have good instincts on several fronts.

One is design. Evidence has grown that design can play an important role in productivity, and the increasingly popular open-plan office isn’t right for every business.  Sir Cary Cooper, 50th Anniversary Professor of Organizational Psychology and Health at Alliance Manchester Business School, University of Manchester, cautions against converting an office to this fashionable style without thinking about the nature of the work being done.

“You should really design an office to meet the needs of the people who have to work there,” Cooper says. “Say you are an accountant and you’re an auditor or tax accountant and you have to look at detailed things. Having people talk around you won’t help you. But say you’re the BBC or you’re a newspaper office, where they like the buzz, the interaction…those would do well with an open plan office.”

Whether you move to a “hot desk” system with no assigned seats should also depend on demographics. Older workers tend to be more attached to having a specific workplace than young workers, Cooper says.

“The older employees don’t like [hot-desks],” Cooper explains. “They want to have some space that’s theirs, put their family pictures up, their football team, who knows what. But the younger ones are less interested in that. You know why? Because they’re highly mobile. They know jobs aren’t for life…they’re different. I think the younger generation are not and won’t be as troubled by hot-desking and not having all that because their intention is never to work for an employer for that long anyway,” he says.

Other design factors can also make people feel more or less comfortable. Cary Cooper says that one survey he conducted of workers in a number of European countries found that most people liked working in earth-tone rooms and having some exposure to nature in their workplace. However, how that wish was expressed varied.  The British worker preferred indoor plants and a view of water.  Germans, on the other hand, liked plants inside and outside.

This seems to be equally true for the virtual worker. In a study of men who worked remotely, Cooper says, his team concluded that many were more engaged in their work than people who worked in the office. The reason: they felt trusted. “If they’re enabled to [work remotely], genuinely enabled, they’re not forcing their employer to let them, but their employer says ‘fine,’ in a sense they’re saying, ‘we trust you, here’s your objectives, we know you’ll achieve them.’”

However, many more people who would love to work from home some of the time but are afraid to ask for permission, according to Cooper. “They’re frightened that it will be sending a message that they’re not as committed as somebody who doesn’t take [the remote-work option].”

In many organizations, they may be right to worry. “I think supervisors have a hard time with this because they don’t know how to manage people remotely, even if it’s part time remotely,” Cooper says.

At the National Forum for Health and Well-Being, an organization of 22 of the UK’s largest employers that Cooper founded, HR executives concluded that their highest priority is developing more socially adept managers. “We don’t have the socially interpersonally skilled managers that we need to enable people to work flexibly, to create a well-being culture, to know when people aren’t coping, and then know how to deal with them,” he said.

For the most part, most executives won’t have to worry about managing people remotely all the time, Cooper says, at least if workers get their wish. When surveyed, most people say they want to be in the office at least part of the time. “The vast majority of people don’t want to work exclusively from home,” he says. “They just want the autonomy and control to choose when and where they work.”

But in the case of groups who work apart all the time by necessity, whether in distant cities or even on separate continents, it may take more than empathy to build a real team.  “I think the promise of technology is that you can essentially recreate face-to-face interaction, but I’m not really sure that you can. You just lose something,” says Michael Pratt, a professor of Management & Organization at Boston College’s Carroll School of Management in Chestnut Hill, Mass.

In his study of productivity of virtual teams, Pratt says that he found the most successful managers all “spent a part of their budget to fly everybody in for at least one meeting a year.”

Once they actually met up, the teams worked together much more easily. “Their point was you need a basis of interaction and that’s hard to get without any face-to-face contact,” Pratt says.

Even so, Pratt is not sure whether remote workers will ever be able to have the kind of spontaneous and valuable conversations people once had around the water cooler. He notes that Yahoo! and a number of other companies have recently become more conservative about their remote-work policies out of just such concerns that physical absence stunts innovation.

However, it’s also possible that younger people who have grown up with more electronic communication will be able to communicate better virtually than today’s remote workers. “There is a theory that the more experienced you are with a different medium, the richer the communication can become,” he says. “…The question is, how close is that actually going to get to face-to-face?”

Another challenge—if probably a rarer one, given that most employees want to work in the office at least part of the time—is the impact working entirely from home might have on the virtual worker.  Although people like autonomy, Pratt says, working in isolation can have two impacts that can hurt: first, the psychological impact of not having other people around. Second, the lack of separation between work and leisure time. “I think you work longer if you’re remote…you’re kind of constantly on,” he says.