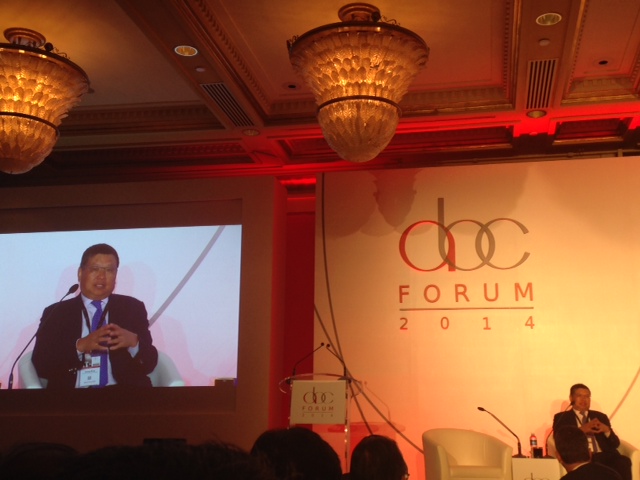 With the second largest number of billionaires in the world, one might expect big businesses in China to be thriving, but that’s not necessarily the case. That is according to Xiang Bing, Founding Dean and Professor of Chinese Business and Globalization at the Cheung Kong Graduate School of Business (CKGSB), who spoke on the subject to an audience of scholars, business leaders and government officials from 12 countries across the ASEAN region earlier this month.

Dr. Xiang warned the ASEAN Business Club Forum, “The ecosystem of Chinese enterprises in China is not very healthy. China has State-owned enterprises (SOEs), but it doesn’t have modern corporates, which are so essential for the success of the United States and Japan. They are so crucial for creating middle class in society.”

Dean Xiang also cautioned against seeing privatization as a one-size-fits-all solution to problems involving SOEs in China. “Sometimes it’s far (too) utopian when it comes down to privatization,” said Xiang, who spoke on China’s forthcoming transformation and its global implications at the ABC Forum, which had as its theme “ASEAN Game Changer”. Reform efforts, he added, would be futile if leadership succession in conglomerates still lay in the hands of a few wealthy families.

Xiang said he saw ASEAN – home to the world’s seventh largest economy, with a consumer market of 600 million people – as an obvious target for Chinese businesses, due to both the geographic and cultural proximity to China. The bloc has seen average growth of 6% in recent years, higher than the global average of 4%, but has, like China, struggled to unlock the potential of the private sector, with bureaucracy a common obstacle. That is backed up by data which show that Chinese investment in ASEAN reached $5.9 billion in 2011, up from just $120 million in 2003.

The Forum drew some 300 of the top business leaders from across the region, including Tony Fernandes, founder and CEO of AirAsia, and Piyush Gupta, CEO of the Development Bank of Singapore (DBS), Southeast Asia’s largest bank by assets.