Hermann Simon on Lessons for Companies from the World Champion 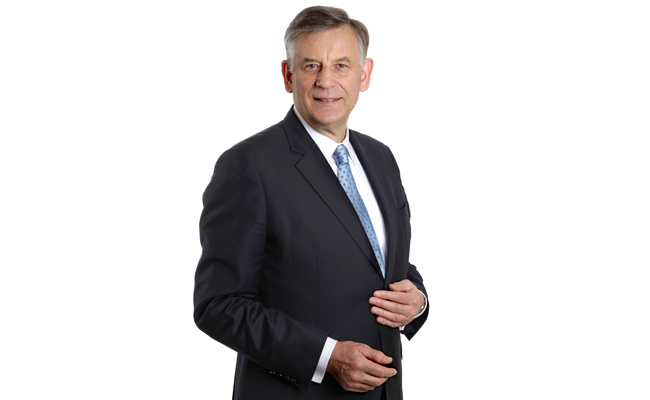 Germany is the football world champion. This great success has not materialized from out of thin air and is not based on one single cause. What can companies learn from the success of the German soccer team? Hermann Simon, Chairman of Simon-Kucher & Partners and author of the highly acclaimed Hidden Champions, sees seven important lessons for companies that can be derived from the team’s performance.

The soccer team went to Brazil with the firm intention to become world champion. They never lost track of this goal and emphasized it again and again. Even I was skeptical for some time whether this target wasn’t overambitious. My experience has shown that outstanding entrepreneurs always start with extremely ambitious goals. At the beginning even their teams have strong reservations. Is it really possible to double revenue in three years? Can we become market leader in five years? With time and the first successes the goals become more powerful, and more and more employees have faith in them. And faith is the critical factor for the achievement of the goal, as was shown by the success of the German soccer team.

2. Focus on what matters:

All that counts is what happens at the place and the time of the match. The German soccer coach Adi Preissler put it in a nutshell: “The decision takes place on the field.” He is right. Everything else, the Brazilian’s extreme emotions, the motivational team circles before the match, the press conferences, is superfluous and doesn’t count. All that matters is what happens during the match. Business is the same. The customer is only interested in what value he gets for what price. All of a company’s resources have to focus on this point. I have observed that many “Hidden Champions” have refined this concentration on the essential—just as the German soccer team.

3. One genius alone is not enough:

A Picasso may achieve world fame all by himself. In business, one genius alone is not enough. Even for a revolutionary idea, a genius needs partners who produce, sell and service the product. Geniuses such as Messi, Neymar or Robben have had less effect than the German team, which has no geniuses—with the possible exception of Manuel Neuer who as a goalkeeper is almost a genius. New and young businesses sometimes have geniuses; an example is Steve Jobs. However, continuously successful companies are frequently more defined by their team character. Many contribute to the performance, nobody is irreplaceable, all move towards the same goal.

Success is the mother of arrogance. In a way, success is the biggest obstacle to change. Nokia was immensely successful, but I have rarely come across a company that was more self-satisfied and arrogant than Nokia 12 years ago, when they were the dominant player in the cell phone market. The German soccer team never displayed this kind of attitude, not after their 4:0 victory against Portugal, nor after the sensational 7:1 against Brazil. To remain modest despite a great performance, with both feet firmly on the ground, is a good base for continued success in the future.

5. Will and stamina win:

The final match was also a battle of wills. A company may occasionally be forced to change direction, but it must never give up. Competition invariably leads to disappointments, mishaps, injuries. As Sebastian Schweinsteiger and others who always got up and continued fighting, a company’s employees must never accept defeat. This may sound very dramatic, but I have seen many companies return to the path of success after finding themselves in seemingly hopeless situations. In some cases, I found it hard to believe but the stamina of the entrepreneur and his team proved me wrong.

What would the German team be without Özik, Khedira, Podolski or Klose? Our demography forces us to look for the best talents worldwide. With regard to attracting global talent, integrating immigrant players, and international openness, soccer is a role model for our society as a whole. Only very few companies make use of the international talent pool today. This is the one area where we have the most catching up to do.

7. It takes some good luck:

Despite all the hard work and clever strategies what you need both in soccer and in business is some good luck. Let’s be honest: the final match could just as easily have ended 1:0 for Argentina. The success of a new product can be ruined by the last minute appearance of a competitor’s superior product. Thomas Piketty’s super bestseller Capital in the 21st Century was initially not successful in France. Only when Nobel Prize winners Joseph Stiglitz and Paul Krugman repeatedly praised the book in the US did it become a bestseller both there and in the author’s home country France. Is this good luck? Maybe not exclusively, but at least partly. Napoleon was right in demanding “fortune” from his generals. But it is also true that good luck will come to those who work hard. This leaves some hope that the inexplicable phenomenon of good luck can at least partially be made to happen—both in soccer and in business.   (As told to Bennett Voyles)