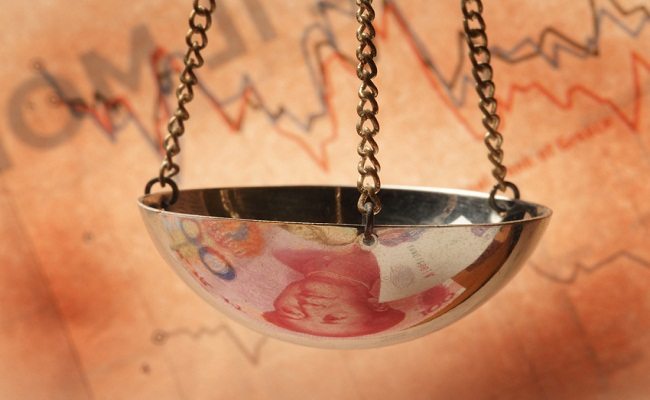 Contrary to recently published economic data, China’s industrial economy did not stabilize in the first quarter. Instead, it declined.

The Business Sentiment Index (BSI), a major indicator of the survey, stood at 46 in Q1 2016, a one point increase from Q4 2015, but still indicative of contraction. The BSI, conducted in a way similar to the US Consumer Sentiment Index, is the simple average of three diffusion indices including current operating conditions, expected change in operating conditions and investment timing.

But the fixed investment remains sluggish, with less than 2% of firms considering it’s a good time to make fixed investments and only 8% of firms actually making investments in Q1 and only 1.2% of firms polled made expansionary investments, the lowest on record. The diffusion index is only 32, far below the turning point. The future is also not promising either, with only eight firms planning to invest in the next quarter.

Other main economic indices also show signs of decline. Production contracted in Q1, with capital goods declining most significantly, yielding a diffusion index of 34. The decline in demand is clearly related to sluggish investment, according to the survey.

In terms of factors constraining production in the next quarter, weak demand is a big challenge. Eighty-one percent of firms surveyed cite a lack of orders, a further increase from 78% the previous quarter. Costs of labor and raw material rank second. Financing is not a bottleneck, with only 2% replying that financing is a limiting factor.

Except for weak demand, the problem of excess capacity is another big challenge. According to the survey, overcapacity has worsened. In Q1 this year, about two-thirds of the firms reported that supply exceeded demand for their products in the domestic market. The diffusion index reflecting oversupply was 83, compared with 77 in 2015 Q4.

In Q1, the number of firms that saw a 20% or more reduction in employment increased to a record high level since 2014. The percentage of firms that reduced employment continued to increase and firms were also more likely to have curtailed a substantial portion of their labor force, the survey says.

“Based on the firm size distribution of employment reduction, we estimated that the total employment drop is about 1%,” says Gan.

She says that the problems facing the industries are structural and fundamental, and can only be resolved through long-term industrial policy. “In the past one and half years, the economic policy seems to have overly relied on short-term monetary and fiscal policies.”

The recent weakening of market expectations imply that the multiplier effect of monetary and fiscal policies will be low, thus rendering them ineffective and if fundamental problems are left unchecked, there will be an “increasing number of contractions that are in need of short-term stabilizing policies, Gan says.

The recent government acceptance of an L-shaped economic trend and calls for fundamental policies show wisdom and commitment, which is what is needed to restore market confidence, she says.