The First Wave of Globalization

According to the American economist Frederic Mishkin, the period from 1870 to 1914 was the first wave of globalization. At that time, global trade grew at an average annual rate of 4%, and its share of global GDP increased from 10% in 1870 to 20% in 1914. International capital flows increased at an average annual rate of 4.8%, rising from 7% of global GDP in 1870 to 20% of GDP in 1914. In his famous book published in 1919, The Economic Consequences of Peace, John Maynard Keynes wrote fondly of this era:

“What an extraordinary episode in the economic progress of man that age was which came to an end in August, 1914!…An inhabitant of London could order by telephone, sipping his morning tea in bed, the various products of the whole earth, in such quantity as he might see fit, and reasonably expect their early delivery upon his doorstep; he could at the same moment and by the same means adventure his wealth in the natural resources and new enterprises of any quarter of the world, and share, without exertion or even trouble, in their prospective fruits and advantages; or he could decide to couple the security of his fortunes with the good faith of the townspeople of any substantial municipality in any continent that fancy or information might recommend.”

Another benefit of globalization is that it accelerates the development of poorer countries. Japan is a prime example – since the 17th century, Japan was closed to the outside world, but after the Perry Expedition arrived at the Tokugawa Shogunate in 1853 with their “black ships”, Japan had no choice but to trade with the United States, which led to Japan opening its border. This eventually led to the Meiji Restoration of 1868 and Japan’s full integration of the Japanese economy into the global economy. In 1870, Japan’s per capita income was less than 25% of Britain’s. But from 1870 to 1913, the gap between the two countries narrowed – Japan’s per capita income grew by 1.5%, while Britain’s only grew by 1.0%.

The opposite case happened in China. After the Opium War, although China gradually opened its doors, reform was slow. Unlike Japan, China was not fully integrated into the global economy – this caused the gap between China and more advanced countries to widen. In 1870, for example, China’s per capita income was equivalent to 24% of Britain’s, and by 1914, that had fallen to 13%.

The End of the First Wave of Globalization

Along with the economic prosperity brought by the first wave of globalization came the awakening of national consciousness in many countries, which ultimately contributed to the outbreak of World War I. As violence spread across the world, normal trade and investment activities were greatly disrupted, thus ending the first wave of globalization. Unfortunately, the postwar years were also full of turmoil – from 1914 to 1929, the average international trade-to-GDP ratio fell from 22% to 16%, and capital flows fell from 20% to 8%.

The worst was still yet to come. In 1929, the United States fell into an economic crisis, which soon spread to other countries and placed the global economy under enormous pressure. Unemployment in America was at 25%, and per capita income fell 30% by 1933, and was only slightly higher in 1939 than in 1929. To protect themselves, countries adopted beggar-thy-neighbor economic policies, such as the Smoot-Hawley Tariff Act in the United States in 1930, which sharply increased tariffs on imported goods. Britain withdrew from the gold standard in 1931, causing the pound to fall, and thus winning more market share for its products globally. It also raised tariffs on imported goods. As some countries abandoned the gold standard and devalued their currencies, those countries that were still tied to the gold standard felt they were “getting the short end of the stick” and followed suit, devaluing their currencies and imposing import taxes. As a result, no one won in this zero-sum game. There was a period of breakdown in international trade and finance which was later described as a “currency war”. Towering tariffs caused the trade volume to plummet worldwide.

The economic crisis brought years of economic decline in the United States, historically known as the Great Depression. However, the situation was far worse in Germany and Italy. As their economy collapsed and social tensions intensified, democratic governments could not control the situation, which led to fascist governments rising to power. As soon as they came to power, they adopted a “guns before butter” model, vastly expanding military spending and preparing for war. Within a few years, World War II broke out, which was the largest war ever fought by mankind. Losses were also the greatest with at least 50 million people losing their lives from 1939 to 1945, more than half of them civilians.

Mishkin believed that the end of the first wave of globalization and the outbreak of two world wars taught us two lessons: one is that globalization is not an irreversible process; the second is that the consequences of rejecting globalization could be catastrophic.

China in the Globalized World

After World War II, in order to prevent another world war, capitalist countries led by the United States established the Bretton Woods system. The system was characterized by its “dual peg”, whereby the dollar was pegged to the gold (at the time the U.S set the price of gold at USD $35 an ounce), and other currencies were pegged to the dollar. The three institutions – the International Monetary Fund (IMF), the World Bank and the World Trade Organization (WTO) – were established at this time. Following this period was the development of a new wave of globalization.

In this new wave, Japan developed first, followed by the Four Asian Tigers (i.e. South Korea, Taiwan, Singapore, and Hong Kong), and finally China. Before 1978, the atmosphere of the Cold War was still very apparent, and China’s top leaders were focused on war and revolution at the cost of economic development.  However, after 1978, with Deng Xiaoping at the helm of a new generation of leaders, peace and economic development were brought to the forefront of policy in China. Fortunately, the leaders at that time did not adopt a closed-door policy, but chose to integrate into the global financial system, similar to the way Japan and the Four Asian Tigers had done. Since then, foreign investment flooded into China, bringing not only capital but advanced technology and ideas, which greatly boosted China’s economy. At the same time, China also joined global supply chains through foreign trade, and continually increased its production capabilities and market size.

After reform and opening up in 1978, China was lucky to catch on to a period when globalization was in full swing. Since China’s economy is deeply integrated into the global economy, it could be said that without globalization, China’s economy would not be where it is today.

It is clear from these examples that solitary development cannot exist in a modern economy. The modern economy is interconnected, and only by embracing globalization can a country achieve economic growth. Isolation from the global economic system will only lead to impoverishment and the weakening of an economy. Today, Russia is facing a very difficult situation because not only is it facing economic sanctions from governments in Western countries but is also facing a backlash from Western companies. Western corporations, such as Visa and Mastercard, have announced their withdrawal from the Russian market. Russia’s relations with the western world are now under a high state of uncertainty, and this poses a serious threat to globalization.

Globalization is China’s lifeline. Maintaining it will mean making difficult decisions. What China does next to preserve the global order will have implications that go beyond our lifetime. 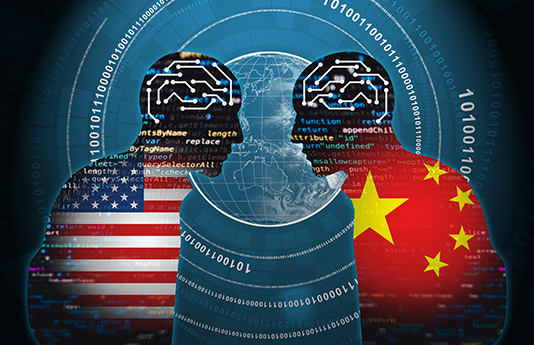 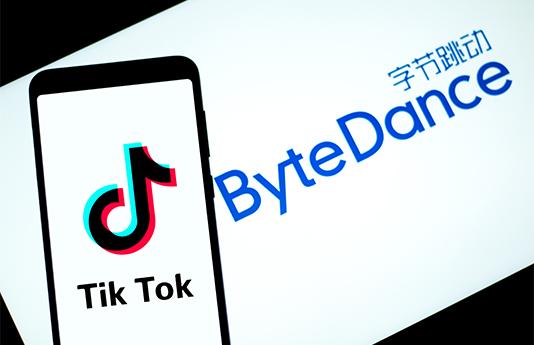