Stephen Roach: China is moving to a healthier growth model 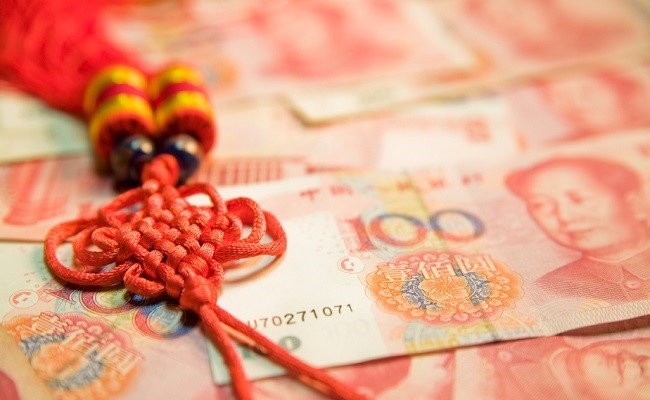 According to former Morgan Stanley Asia Chairman Stephen Roach, China is transitioning to a more stable economic model with a greater—and healthier—emphasis on consumption and services.

China’s economy is showing more signs of slowing down, but it’s the interpretation of the slowdown that really matters. Some, like billionaire investor George Soros, warn that China’s economy is “running out of steam”, and it would soon replace the Eurozone crisis as a major threat to the global economy. Some argue the opposite—an “engineered” slowdown by the Chinese government is actually beneficial to the rest of the world, including commodity exporters.

The key question is whether China can jumpstart its domestic consumption and offer the world a robust service sector, while the RMB appreciates and exports cool. Stephen Roach, former Chairman of Morgan Stanley Asia and the investment bank’s Chief Economist, believes that the country is on the right track, and is leading reforms that would shift the world’s second-largest economy toward a healthier growth model.

In this interview with CKGSB Knowledge, Roach takes a hard look at the changes that are happening in China’s economic system and how the current administration could guide the country through a maze of social and economic reforms. He also elaborates on the risks China faces as a result of excessive savings in the past three decades.

Q. China aspires to transform itself from an export-led economy to a consumption-led one. How should China go about pursuing its consumerist goals?

A. It’s a very complex, enormous undertaking. I’ve stressed three major building blocks to the story: more job growth, especially in the service sector and that’s beginning to happen; higher wages through urbanization, where urban workers on average earn about three times as their counterparts in the countryside and that’s beginning to happen; and thirdly, address the shortcomings of the social safety net. You can boost labor income by job creation and urbanization, but people will not spend the money. They’ll save it out of fear that there’s no security for the future. And the recently concluded Third Plenum of the 18th Party Congress held last November does provide a number of potential reforms that will address the safety net issues, the one-child family planning policy, hukou reform (hukou is China’s household registration system, a hurdle for citizens to migrate freely), interest rate liberalization, and also a proposed 30% tax on state-owned enterprise profits by the year 2020. These are all to fund the welfare system. These are all big positives in addressing the social safety net. So those are the three pieces. Now it’s up to the Chinese leaders to implement. I’m constructive on that but the proof still remains to be seen.

Q. As China changes its model, what happens to exports? People are saying this is the end of “made in China”. Do you believe that?

A. Not for a second. China still has a very powerful manufacturing base. A lot of supply chains in Asia still have their hubs in China. China is not giving up on manufacturing in any way whatsoever. In fact, it’s really moving up the value chain focusing much more on what the government refers to as strategic emerging industries, industries such as electric cars, alternative energy, biotech, new-age information technology where there are plans to really significantly increase the growth rate in all these industries between now and 2020.

Q. What are the sectors that are likely to see more imports?

A. I think that China historically is a very open economy. [China’s] imports [as a] share of GDP have averaged about 28% since 2002. Compare that with Japan, Asia’s first growth miracle where the import share historically was one-third that–about 9%. So if China maintains its imports share, there’s an enormous opportunity for producers and trading partners around the world to participate in this shift to internal demand. The one I stressed the most in the book (Unbalanced: The Codependency of America and China) is the one that’s been tapped the least by foreign trading partners of China. That is the service area. Services are increasingly tradable. The services’ share of China is tiny. It’s now up to 46% and had been 43% in 2011. It’s going to grow probably into the 55% to 60% range between now and 2025.

That increase will be around $12 trillion, just the increase in the scale of the Chinese services sector. And under some I think reasonable assumptions in describing the openness, the tradability of the Chinese services sector, that’s a bonanza for the rest of the world. It could be anywhere between $4 trillion and $6 trillion between now and 2025. So a broad variety of services competitors, especially those in the US, which is preeminent in services, will have an opportunity to participate in China. And that would mean anywhere from retail trade, to domestic transportation, to supply chain logistics, and finance. The big one, I think for the future, is the opportunity for foreign companies to get into China’s healthcare.

(Watch the video below)

Q. Would you say that China has landed softly?

A. I hesitate to use these words “hard landing”, “soft-landing”. Hard landing is sort of a devastating house of cards falling down scenario. I’ve never been in that [camp] in China. Most people are always looking at China [as though there is] a hard landing right around the corner. The growth rate is slow, but the employment generation in China has actually accelerated.

So what does that tell you? It tells you that when you pick apart the numbers and you see where the growth rate has slowed is the slow [growth] predominately in the so-called secondary sector which is manufacturing and construction. You would expect that given the focus that manufacturing has on export-led economic growth. The rest of the world is still growing very slowly. Where the growth rate is picked up is in the services sector, the tertiary sector. And for the first time in modern Chinese history, the services sector is now the largest sector in the Chinese economy—46% in 2013, and actually exceeded that of manufacturing-and-construction-combined 44%.

So what you have is that, the composition of GDP growth in China is shifting from capital-intensive manufacturing to labor-intensive services. GDP is slowing, employment is picking up. That’s not a landing. That’s a great transition from the old China to the new China.

Q. There are also some fears about China’s economy, such as the real estate bubble, shadow banking, and increasing local debt. Are these fears overblown?

A. I think all these fears are based on legitimate concerns. There has been too much debt in China, and there has been rapid growth in shadow banking. There has been excessive house price appreciation, making affordable shelter increasingly difficult for many Chinese people. But the question you asked is the right question. Are these concerns at risk of bringing the entire economy down? Are they preconditions of massive amount of systemic risk, the likes of which we saw in the crisis in 2008 and 2009? My answer is absolutely not.

For every one of these problems, there are factors on the other side of the equation that should temper your concern. The property bubble is at the top of everyone’s list. What’s missing in an assessment of the excess house price appreciation is the fact that there’s an enormous organic demand for shelter in China given the extraordinary pace of rural-urban migration. It’s been running 15 to 20 million a year since the year 2000. We’ll do another 100 million between now and 2020. Newly migrated residents of urban areas need shelter. They have demand for housing.

Shadow banking, it’s worrisome. The shadow banking sector in China, by IMF or Financial Stability Board estimates, is growing rapidly. But it’s growing off of a low base. The Financial Stability Board estimates for 2012, the last data point that’s available, the shadow banking sector in China is 26% of GDP. The global norm is over 110%. So it’s growing rapidly off of a low base. And the debt situation in local governments is definitely worrisome. The government has conducted an audit indicating the extent of the problem. The People’s Bank of China is definitely sending strong signals that it is trying to implement much tighter conditions on overnight bank funding markets to slow down the pace of credit creation and awing China of this dangerous string of debt-intensive growth.

Q. What’s your evaluation of the current Chinese leadership?

A. The early take on this fifth-generation leadership is very impressive. They’re off to a fast start. They are very determined. They are very focused, moving ahead quickly with pronouncements. But the honeymoon is over. So we’ve gone through the Third Plenum and there’s been a big movement in setting up a new implementation mechanism in China, the so-called Leading Commission on Deepening Reforms. There’s been a lot of drama around what this new leadership has done and what it wants to do. And now it’s going to get to work and do it.

So, right now, I give them outstanding marks. They are off to a very strong start and I won’t say that it’s easy at all to do. But the toughest work now lies ahead. 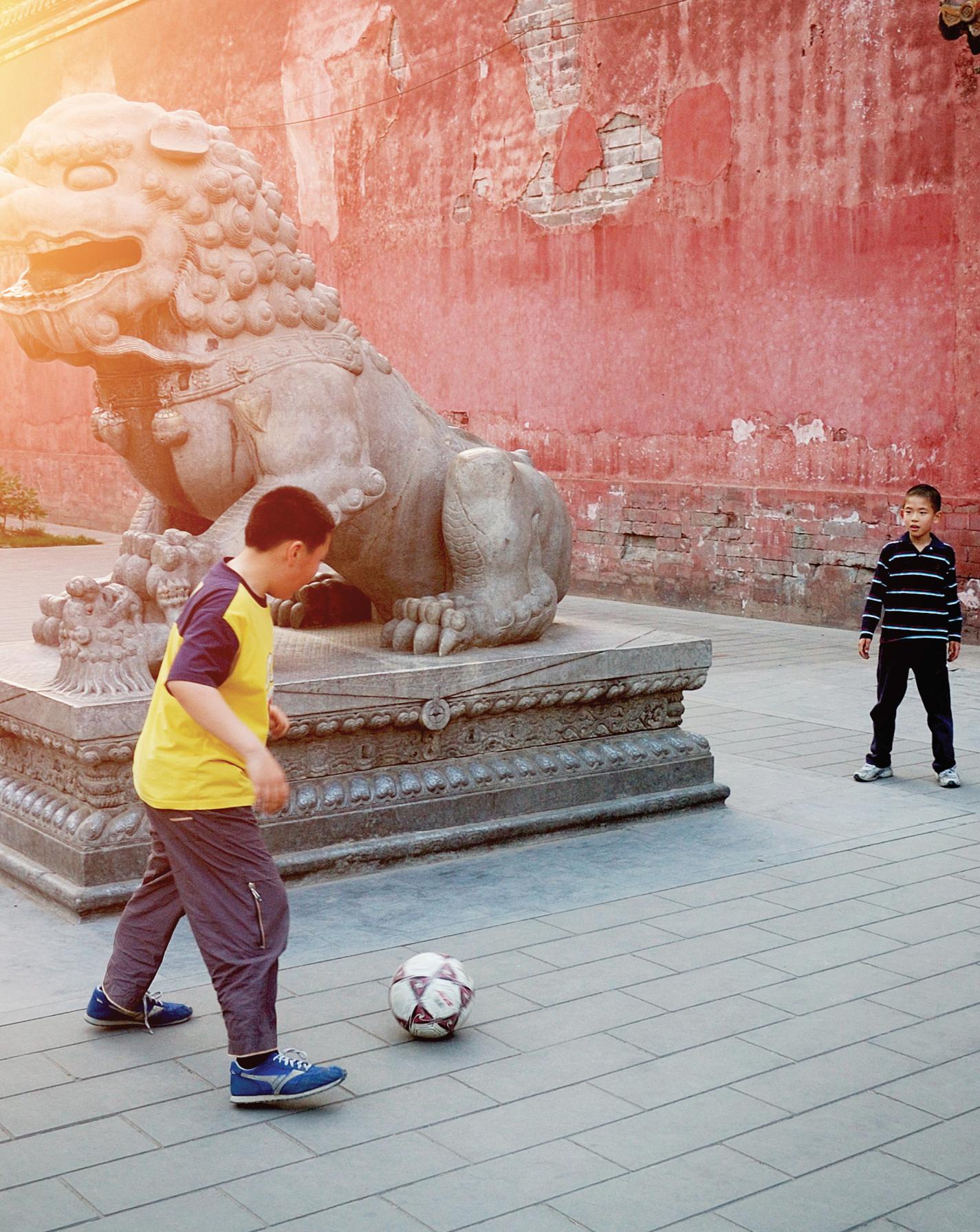