Is Mobile the Future of Banking? 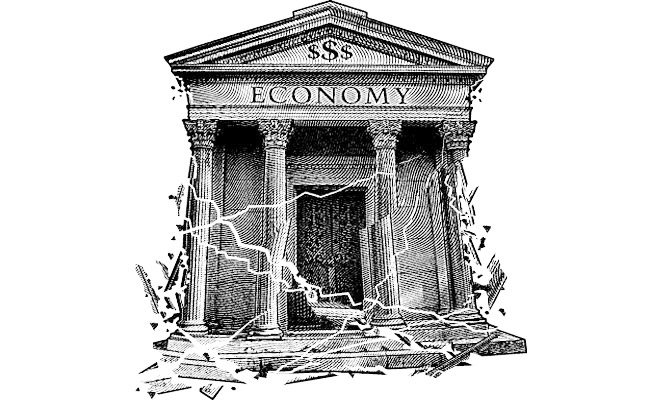 Mobile banking is proving to be a disruptive force for more traditional branch banking. What is the future of banking as we know it—and the future of cash?

It’s a somewhat curious phenomenon: mobile banking has gained more popularity in some developing countries than in the West. The logic is simple. The lack of traditional financial services and banking infrastructure in those countries has given mobile banking an opportunity to reach out to the unbanked population and gain popularity. In addition, there are many other factors that also determine the rate of adoption of mobile banking in a particular country, such as technology, the state of the telecommunications industry and government regulations.

Sudhir, James L. Frank Professor of Marketing, Private Enterprise and Management at Yale School of Management, has researched the global mobile banking industry. He believes that different customer needs in different countries, along with different banking and regulatory infrastructure, will create a variety of business models of mobile banking. Therefore, he says, it’s important to understand why current models have emerged in particular places before talking about how mobile banking will evolve in the future.

In this interview, Sudhir talks about how the rise of mobile banking varies from country to country and its implications for the traditional banking industry.

Q. How does mobile banking vary from country to country?

If you think about Japan—Japan has one major telecom provider, DOCOMO. Back in 2003 and 2004, mobile payments were already there, which wasn’t the case for the US until 2013. The single most important reason was that Sony made a chip called FeliCa (a contactless identification card system). Since they were the only big market players in the market, they were able to put it into virtually all the cell phones that people were using. The idea of interoperability and the ability to use these was not an issue like in many other countries, so the adoption of these phones was instantaneous. The technology was pretty standard, so people were using them very fast. Even when there were incompatibilities, because DOCOMO has become such a large dominant provider, they can very easily negotiate agreements and things like that, which allowed this ecosystem to grow very fast.

That’s an example of where the structure of the market caused very quick penetration of mobile payment. In contrast, if you think about Singapore in 2006 and 2007, there were two payment systems. One was around payment in stores and the other was around payment in mobile cash in subways and transportation systems. These were somewhat parallel technologies and the government mandated that they should adapt to each other. Because of that governmental mandate, the penetration of mobile payment was much higher in Singapore.

Then if you think about Kenya, there were very little alternatives in terms of payment, unlike Japan or Singapore. So people are hungry for services because they had no access to banking. Safaricom, which launched M-Pesa, was the dominant provider of cell phone technology, and was able to plug in the kind of solutions needed which is much more about remittances, because poor people who went to urban areas needed to be able to send money back. The nature of the concentration and distribution of the population in Kenya allowed it to very easily create a whole bunch of stores that could become Safaricom’s vendors, which meant that it was very easy for consumers to adopt. So it worked out very fast and it had tremendously high penetration.

While in the neighbouring Tanzania, where there were three to four providers, the same model simply did not work and you still have a lot of fighting going on between different telecom providers. Everyone was trying to build their own basis. The penetration has been very poor also because it’s not an as urbanized and concentrated a population.

To add to this, there is the notion of regulation. We talked a little bit about how Singapore managed to do this, but in many counties like India, China and even Nigeria, the regulators have taken a very strong stand that telecom providers should not do all these themselves, and that banks should have a central role. This means that the system in Nigeria or India is going to be bank-led, not telecom-led.

Q. Have traditional banks become more sophisticated about their mobile banking offerings? Or do they merely see them as a digital extension of branch banking?

A. They understand for a variety of reasons that fundamentally this is going to change. The first steps are, of course, that they want to do what is traditionally done in branches through cell phones so that they can make this a 24/7 service. It is cost-effective for them to do that.

But they understand that there are more things that they could do. I think, first, it allows the expansion to the rural and poor. The density of customers is not good for many of these banks to access, or for customers to access. And the poor have very limited amount of money, so [for banks] it is not worth serving them. Your marginal cost of operating accounts in rural areas goes down a lot in the context of mobile banking. They understand that they can expand beyond that in many ways but they are also going to have fierce competition on these other services from a whole variety of different players.

Q. So would it be correct to say that the shift toward mobile banking is being spearheaded by other entities that are not really banks?

A. There is a distinction between mobile banking and mobile payment. In the payment space, a lot of innovations are happening and that is happening outside the banking sector, even though banks would like to have a big share of that pie.

But in countries where regulation is helping them, banks still retain a lot of significant control [over banking services] because retailers are not being allowed to enter.

Q. In some countries, partly in the US and a lot in Europe, we’ve seen pureplay mobile banks like Soon, Bluebird or Simple. Will we see increased growth in the number of such banks that do not believe in physical banking at all?

A. At some level, there is no real need to have a physical branch. Virtual banks can do that job reasonably well. In fact, I think well before the mobile revolution happened, there were already non-physical banks that were taking in money. There were companies like American Express and Walmart that were already getting into the banking business and collecting deposits.

Some of that may go up and down depending on the interest rates—whether the investment is worth it or not depends on how much money you make from cash close and floats.

I think what is going to happen to traditional banks is that consumers will need less and less banking facilities. They might become like UPS, which has their own offices, but let the staff go where they need to collect. So there will be a lot of different models.

It’s interesting that even five years ago there was a lot of debate about the rise of branch banking. A lot of banks in the US actually expanded their branch networks, because they thought providing a high level of service was going to build loyalty and was going to help them gain market share. Companies like TD Waterhouse actually expanded to a large extent. I think that fever has gone and everyone is actually cutting down on their branch networks.

Q. What exactly did Walmart do in banking?

A. Walmart wanted to set up a bank, but it was not able to because regulators felt that Walmart already had enough power as a retailer. They did not want to give them additional banking power. But the reality was that, a lot of poor people, new immigrants, people who did not have IDs, really needed a place to bank and Walmart was the place where they went.

One of the discoveries that Walmart had was that they introduced a lot of gift cards, but they were not used as gift cards but debit cards—people were using this as a way to store their own money and to pay. That was when Walmart got the idea—if they were selling so many of the gift cards as debit cards, maybe they should enter the banking business. They are prevented from having a license but I think they’ve been allowed to at least provide these kinds of services to not just the poor, but people who found that buying a Walmart card is actually a very convenient way of doing all their payments. To the extent that the cards might be co-branded with Visa etc., they could be potentially used at other places. For those who simply want a way to store their money, this was a convenient way to do it.

Q. In what other ways will traditional banking be disrupted?

A. Let’s briefly talk about the role of internet banking. If you think about companies like Alibaba, which operate a lot of payments for B2B customers—they actually have far more knowledge than banks about the creditworthiness of their B2B clients. Because they actually see the cash close of these people on a regular basis. So they can do a better underwriting process, which is also a function of banks. Do I see that as disruption? Not in the immediate future. The big companies that need underwriting will still need to go the banks. What I think this does is is that it allows certain kinds of underwriting that previously was not possible for small B2B players.

To a large extent, a lot of these are expansions of market rather than traditional banks going out of business. The statement of banks going to die soon is a little bit overstated even though their share in this space is definitely going to go down.

Q. What does the rise of mobile banking combined with the rise of virtual money like Bitcoins, mean for the future of cash?

A. Cash is a very inefficient mechanism of doing exchange. If it can be digitalized, it’s absolutely good. We’ve already seen that, in terms of digitalization, nobody brings cash anymore. Also you have to think about all the people who are involved in this (banking system), the merchants bank, the consumers’ bank, intermediaries like Visa and Paypal…. Everyone needs to get a cut of every transaction. That’s extremely expensive. If you can go on with an alternative currency and simply bypass all these guys, people might find that valuable.

But will that completely replace the system? I don’t think the governments around the world are going to relinquish their control over the ability to print money and currencies to private people. Therefore Bitcoin will remain successful in a narrow domain, but they are not going to take over the world.