53 students from NYU Stern traveled to Beijing this month for an intensive one-week China module program as part of their EMBA program, which was held at CKGSB. The week included a number of highlights showcasing both modern and ancient China through the dual contexts of business and culture.

The program marks CKGSB’s first cooperation with the 116-year-old leading American university, whose alumni community counts more than 10,500 members in more than 125 countries. As the two largest economies in the world, the US and China have close connections with each other and the complimentary strengths of Stern and CKGSB helps advance that connection on both sides. 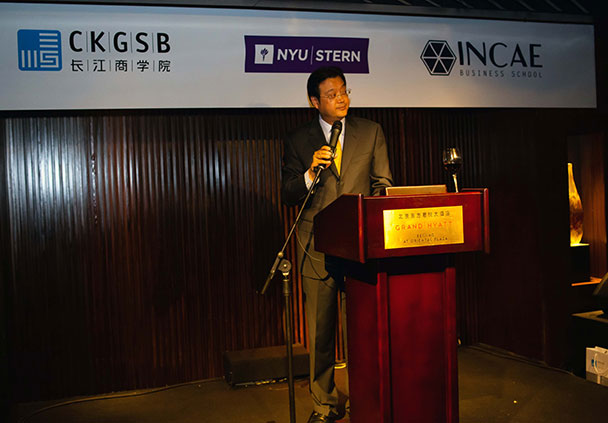 Dean Xiang Bing welcomed the students with a lecture on “China’s Transformation and Its Global Implications”. The students also heard from Prof Teng Bingsheng on the topic of “Strategies for Entering the Chinese Market” and Prof Ou-Yang Hui, who spoke on “China’s Financial Outlook and Future Opportunities”.

In addition to classroom activities, students also traveled through Beijing, visiting some of the leading organizations and companies in China, including AmCham, Cheetah Mobile, Beijing United Family Hospital, Microsoft China, Hyundai Beijing Motor Company and ICBC, where the students received presentations from senior executives and engaged in Q&A sessions. Besides visiting companies and taking part in lectures, students also had a taste of Chinese culture. They visited popular destinations including the Forbidden City, Tiananmen Square and the Great Wall. CKGSB also arranged a networking dinner for students from NYU Stern, CKGSB and INCAE (pictured above and below), since a group of INCAE students were also visiting at the same time to undertake their “Doing Business with China” module at CKGSB. 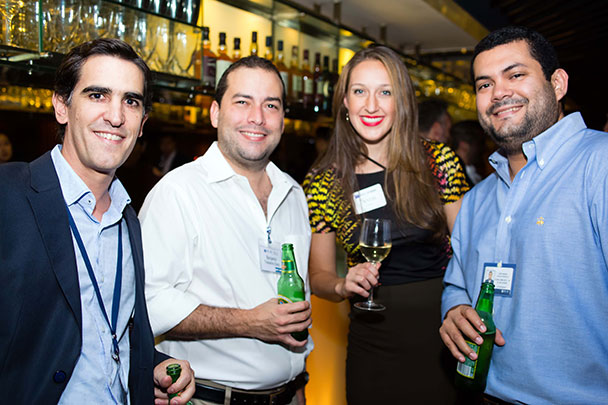 In addition to NYU Stern, CKGSB’s great network and deep insights into the Chinese economy has also attracted a number of other leading business schools in the world including Columbia, INCAE, IE, FDC and Darden, of whom the latter has now partnered with CKGSB for 10 years.