EXECUTIVE DINNER: WHAT WOULD WARREN BUFFETT DO?

AmCham and China and Center for China and Globalization (CCG) cordially invite AmCham China members and their Chinese executive clients and/or business partners to join this by-invitation-only dinner for senior business executives on March 1st at the Peninsula Hotel in Beijing. This cocktail reception and dinner event is a unique opportunity for AmCham China members to develop relationships with Chinese executives, while sharing perspectives on China investment opportunities in the US under the Trump Administration.

Despite the recent change of political leadership, the US economy remains extremely attractive to Chinese investors from across industries. Since the November election, Warren Buffett has invested over US$12 billion, a signal of confidence that the Trump Administration is good for business. Over dinner, executives from Chinese and US companies can share their experiences investing in the US Guests will also have the opportunity to meet and hear from experts on topics such as China capital controls, potential changes to US tax policies, US investment incentives and the Committee on Foreign Investment in the US (CFIUS).

AmCham China will introduce a timely trip to the US we are organizing especially for Chinese companies who are partners or clients of member companies. The trip includes stops in Washington, DC (May 2nd to 4th) and Omaha (May 4th to 8th), with an optional stop in Los Angeles (May 8th to 10th). The delegation, limited to 25 senior executives, offers intimate opportunities to meet U.S. government officials and business leaders, including executives from companies owned by Berkshire Hathaway and participants in Warren Buffett’s annual Berkshire Weekend.

The event will be in Chinese, but both Chinese and English speakers are welcome.

Seats are limited. Please register and finish payment online to reserve your slots. Your registration will not be completed until you receive the confirmation email from the AmCham system. No walk-ins will be allowed onsite.

Center for China and Globalization is a Beijing-based leading think tank dedicated to the studies of China’s globalizing strategy, cross-border talent acquisition, and Chinese companies going global. Boasting a strong research team, the CCG enjoys an unparalleled record of publication with broad policy impact. Ranked by the University of Pennsylvania think tank index as the 7th top think tank in China and the No.1 independent Chinese thank tank, the CCG has enlisted a constellation of notable individuals across academic, business and policy communities.

Cocktails and hors d’oeuvres will be served throughout the evening.

DRESS: Smart Casual or Festive (As You Wish)

The Honorable William Zarit advises major Chinese companies on how to navigate the U.S. investment market, and helps U.S. multinationals working in the Chinese commercial environment. He serves as Senior Counselor at The Cohen Group, a global business advisory firm founded by former U.S. Senator and Secretary of Defense William S. Cohen.

Until May 2014, Mr. Zarit was Minister for Commercial Affairs at the U.S. Embassy in Beijing, overseeing the U.S. Department of Commerce’s trade promotion and trade policy activities in its operations in Beijing, Chengdu, Guangzhou, Shanghai, and Shenyang. He retired with the rank of Career Minister.

Before joining the U.S. Commercial Service, Mr. Zarit was Economic and Commercial Program Officer for the New York-based National Committee on U.S.-China Relations. Prior to that, he served as Marketing Manager/China for the California-based telecommunications firm Pacific Telesis International, preceded by his work as Project Manager for the high-tech marketing firm China Business Associates. Both positions were based in Beijing. Mr. Zarit also served as Mandarin Chinese Interpreter for the U.S. State Department Language Services. Alan Beebe was appointed President of the American Chamber of Commerce in China on Mar. 14, 2016.

From 2010 to 2013, Alan was a Managing Director with CGTI, a collaboration platform serving over 50 international energy and environmental companies. At CGTI, he led advisory services and strategic research across all major areas of energy and cleantech. In 2014, CGTI merged with the Paulson Institute, founded by Hank Paulson.

Alan holds a Master’s degree from Yale University in International Relations and a Bachelor’s degree in Business Administration and Computer Science from the University of Nebraska-Lincoln in the United States. He is a Board of Advisor of the Yale Club of Beijing and in that capacity promotes academic and cultural exchanges between the United States and China. Alan has lived in China since 2002 and speaks Chinese fluently. Huang Hui graduates 1982 from Amoy University, major in computer science. In 1985, He was admitted to University of Bonn, German for post-graduate and received Ph.D. degree in Applied Mathematics in 1989. Then he worked at Hoechst (then Global 500 Company) in its consulting department.

In Nov 2005, Huang joined one of the biggest private companies JunYao Group as CEO, after the death of the Founder. Under his leadership, JunYao Group made a successful strategic transformation, reinforced its core business in retail and aviation and grows its business rapidly. He built also a great brand and corporate culture for the group.

In March 2014，Huang joins TPG as its Partner.

Huang is guest professor at MBA school of Amoy University and Shanghai Antai Management School. He is Vice Chairman of SORSA. In the period 2004-2008, he taught “Global Leadership Program” for JMA. Huang was elected Top Ten CEO of the Year at China CEO Forum 2008. He was elected “the Leader of IT Times” by <IT Times> Magazine in 2012. Yinuo joined the foundation in 2015 after a career at McKinsey & Co., where she was most recently a partner at the firm’s Palo Alto office. Her McKinsey career began in Los Angeles, California, United States, in 2005. From 2008 to 2013, while based in McKinsey’s Beijing office, Yinuo served as co-leader of the Healthcare Practice, and leader of the Social Sector and Global Public Health Practice. Her areas of expertise included health system and reform, global health, pharmaceutical and diagnostic products, digital healthcare, and health financing. Her clients covered leading multinational and Chinese pharmaceutical and life science companies, institutional investors, trade associations, government agencies, nonprofit organizations, and academic institutions.

Yinuo was elected a partner at McKinsey in 2011. In 2014, she moved to McKinsey’s office in Palo Alto, California, United States, where she focused on Healthcare and Social Sector Practice. She is a sought-after speaker on topics ranging from industry perspectives to strategy, organization, talent recruitment/development, and women’s leadership. 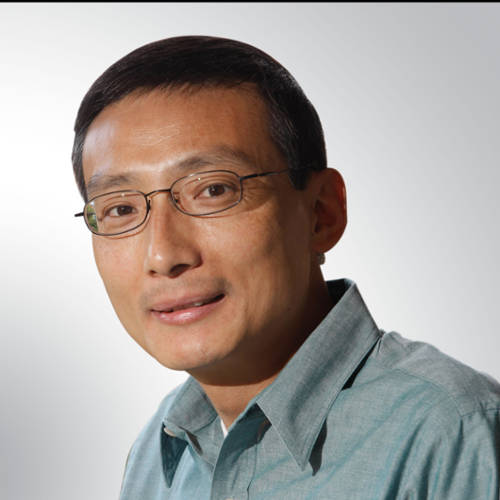 Dr Li Wei is Professor of Economics, Director of the Case Center and Director of the China Economy and Sustainable Development Center at CKGSB. He formerly served as a professor at the Darden Graduate School of Business, University of Virginia.

Previously, he was a research associate at the University of Michigan’s Institute for Social Studies and taught at Duke University’s Fuqua School of Business.

He wrote the book Investing in Emerging Markets, published by the CFA Institute (formerly the Association for Investment Management and Research). His research insights have been featured in Foreign Affairs, The New York Times, The Los Angeles Times and CNNfn. Before founding ChinaEquity Group, Mr. Wang worked for major financial institutions for 12 years. He started his banking career with J.P. Morgan in 1987 in New York. In 1993, Mr. Wang joined Morgan Stanley as a founding member of the investment banking team and became the head of Beijing office. From 1998 to 1999, Mr. Wang was a Deputy Director-General of the Investment Department of China Development Bank.

Mr. Wang has Bachelor degree of Engineering in MIS from Huazhong University of Science and Technology, Master degree from Tsinghua University and MBA degree from Rutgers Business School. Analyst, China at The Economist

Dan is an analyst in The Economist Intelligence Unit‘s Access China service, which offers unrivalled analytical coverage of China’s 31 provinces and 287 key prefectures. She is responsible for editing analytical reports on regional development and white papers providing the latest insights on the Chinese economy. She is also involved in modelling short- and long-term forecasts of key regional indicators. She works in close collaboration with clients to design research and manage projects that include macroeconomic analysis, index-building, quantifying qualitative variables, policy analysis, and strategies for investment and growth.

Before joining the EIU, Dan was a post-doctoral fellow in the Chinese Academy of Sciences as an economist. She led projects to evaluate the development of China’s livestock industry and agricultural policy, and was heavily involved in assessing the results of the National Clean-Water projects. She also contributed to collaborative work with the World Bank and other international organisations on rural transformation and food security.

Dan holds a PhD in Economics from the University of Washington, where she specialised in econometrics, natural resources and environmental economics; she was also an instructor in macroeconomics and microeconomics at that university for seven years. Dan has published papers on risk management, livestock, land, labour and agricultural subsidies. Dr. Matt Wang is the President of Cybernaut Investment Group, and Chairman of Cybernaut International. He received his Ph.D in Computer Science from Vanderbilt University, and an MBA from George Washington University. Dr. Wang served as the Global Vice President of IBM and General Manager of IBM China Development Labs. He was a senior director of IBM Global Technical Committee, who was responsible for the research and development of big data, artificial intelligence, cloud computing and other strategic platforms, as well, provided technology products and enterprise solutions for worldwide customers.

Dr. Wang has joined Cybernaut Investment Group as the president on March 1st, 2016. He is in charge of a 60 billion international fund for global M&A in health care, education, finance, tourism, and e-commerce sectors. Also, he is responsible for investing 60 billion related to scientific education in 100 innovative buildings in 15 capital cities in China. Last but not least, He will make investments and manage the big data and cloud computing platform companies. Jeffrey is the Head of Deal Advisory for KPMG in China, and a member of the KPMG Global Deal Advisory Executive Committee. Jeffrey joined the China Transaction Services business in 2001 and has focused on serving multinational clients, domestic and private equity investors. He has helped clients in financial due diligence, commercial due diligence, valuation assistance and providing transaction advice on negotiation consideration to SPA and Integration considerations.

Jeffrey has spent the last fifteen years in China and has built up industry experience in industrial manufacturing, consumer products, logistics, retail, real estate and infrastructure.

Jeffrey has assisted investors in a number of sectors and has considerable experience in assisting clients evaluating proposed transaction in China from market entry to integration support. Jeffrey was the project leader assisting several large global manufacturers’ transaction evaluation, providing financial and tax due diligence and structuring input.

Jeffrey has assisted many multination investors in their transactions in China, and can bridge the understanding and needs of global investors in the Chinese environment. His clients include Bosch, BP, Carrefour, Dydo Drinks, Hakuhodo, Huawei, Itochu , Mitsui, Nidec, Oji Paper, SCA, Valeo, and Private Equity clients such as China Media Capital, KKR, AEA, Prax Capital.