CKGSB is pleased to be hosting Barry Salzberg, Chairman of United Way Worldwide and CEO of Deloitte, at 9:30-11:00AM on April 23 at CKGSB’s Beijing Campus. Mr. Salzberg will be joined by prominent CKGSB alumni who are leading China’s nonprofit sector for a discussion on what’s next for philanthropic leadership. These alumni include Wang Zhenyao, Dean of Philanthropy School of Beijing Normal University; Li Yapeng, Founder of Yan Ran Smile Angel Foundation; Chen Weihong, CCTV anchor and philanthropist; and Wang Rupeng, General Secretary of China Red Cross Foundation. Together, these influencers will engage in a discussion, moderated by CKGSB Associate Dean Teng Bingsheng, on innovations and best practices in the public interest field.

As Chairman of United Way Worldwide, the world’s largest privately funded nonprofit, Mr. Salzberg is leading UWW’s global efforts to further enhance education, income and health. As global CEO of Deloitte—where Salzberg leads the strategic direction of 48 member firms in 150 countries with more than 195,000 people worldwide—he has made significant contributions to society. While Deloitte has supported UWW for 25 years, it was under Salzberg’s leadership at Deloitte that the member firm ran consecutive record-breaking UWW campaigns, with the most Tocqueville donors (above $10,000) of any company in the U.S. Salzberg also established the United Way Education Collaboratives, which have raised nearly $4 million for education. Mr. Salzberg will discuss his personal and professional commitment to UWW’s efforts, the future of the nonprofit sector, and how he views corporate social responsibility at Deloitte. 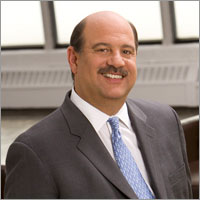 Chairman of the Board, United Way Worldwide

Barry joined Deloitte in 1977 and was admitted as partner in 1985. He has since built an impressive record through a variety of leadership roles including Tri-State Group Managing Partner from 1996-1999 and National Tax Deputy Managing Partner from 1999-2000. In 2000, he assumed full leadership of the Deloitte Tax LLP practice, which included regional responsibility for the Americas tax practice. During Barry’s three-year tenure, the national Deloitte Tax practice increased its market share significantly, moving from 4th position to 1st, and received numerous awards and citations.

Prior to his leadership roles, Barry was a lead client service partner and tax partner and became an acknowledged authority in the areas of personal tax and partnership tax matters. He directly served the CXOs of many large clients, helping them with their personal tax and financial planning needs, as well as partnerships and S corporations, mostly law firms or merger and acquisition specialists.

Barry is a member of the New York State Bar Association, the American Institute of Certified Public Accountants, the New York State Society of Certified Public Accountants, and the New York County Lawyers Association. He is also a board member of business organizations including the Center for Audit Quality, Committee Encouraging Corporate Philanthropy, and the Partnership for New York. Additionally, Barry is an advisor to the G100, advisory board member of International Business Leaders Forum, and International Councillor to the Center for Strategic & International Studies.

Known in the marketplace for his commitment to building opportunities for tomorrow’s leaders and fostering diversity within the workplace, Barry serves as a board member of College Summit and Vanderbilt University’s Owen School of Management. He is also the Chair of the Capital Steering Committee for the YMCA of Greater New York.

Barry received his undergraduate degree in Accounting from Brooklyn College, his J.D. from Brooklyn Law School, and his LLM in Taxation from the New York University School of Law.

Dr. Teng has published over 20 articles in academic journals including Academy of Management Review and Organization Science. His research is included in most textbooks on strategic management. Dr. Teng’s research areas include Strategic Alliances, M&A, Entrepreneurship and Innovation, and Chinese Firms’ Global Strategies. He has received many rewards for his research, including the Wendell and Louis Crain Research Scholar at the GWU School of Business. His biography appears in Who’s Who in America and Who’s Who in American Higher Education.

Established in Beijing in November, 2002 with generous support from the Li Ka Shing Foundation, CKGSB is a not-for-profit organization and China’s first privately funded and faculty-governed business school. The school offers innovative MBA, Finance MBA, Executive MBA and Executive Education programs. CKGSB has developed in under 10 years into a prominent business school with over 40 world-class faculty members, whose per capita publications in top journals of management was ranked 6th globally during the period of 2005 to 2009. CKGSB’s alumni include more than 2,500 Chinese business leaders at the CEO and Chairman level, whose companies together generated more than USD 1 trillion in revenue in 2011. This figure represents about 13.7% of China’s GDP. If the companies managed by CKGSB’s alumni network were a nation, it would be the 16th largest economy on earth.

About United Way Worldwide
United Way Worldwide is the leadership and support organization for the network of nearly 1,800 community-based United Ways in 41 countries and territories. It advances the common good, creating opportunities for a better life for all, by focusing on education, income and health. The United Way movement mobilizes millions to action—to give, advocate and volunteer—to improve conditions in their communities. For more information about United Way, please visit: www.UnitedWay.org.

About Deloitte
Deloitte refers to one or more of Deloitte Touche Tohmatsu Limited, a UK private company limited by guarantee, and its network of member firms, each of which is a legally separate and independent entity. Please see www.deloitte.com/about for a detailed description of the legal structure of Deloitte Touche Tohmatsu Limited and its member firms.

Deloitte provides audit, tax, consulting, and financial advisory services to public and private clients spanning multiple industries. With a globally connected network of member firms in more than 150 countries, Deloitte brings world-class capabilities and high-quality service to clients, delivering the insights they need to address their most complex business challenges. Deloitte’s approximately 182,000 professionals are committed to becoming the standard of excellence.