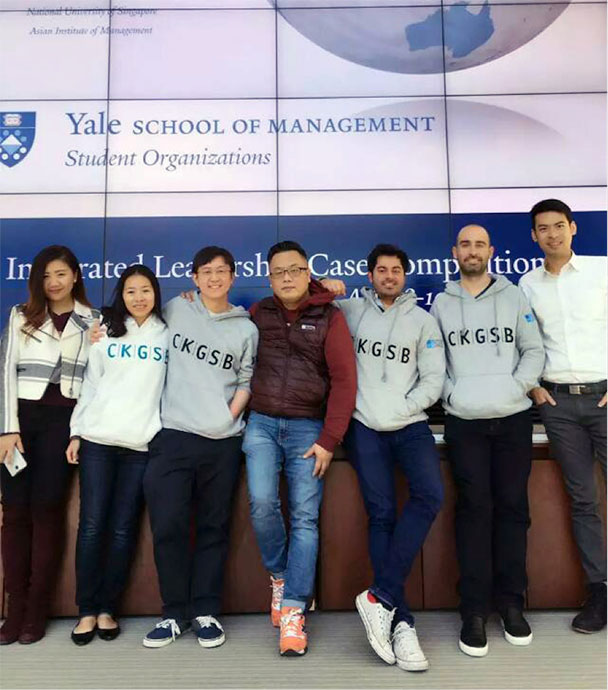 The Yale Integrated Leadership Case Competition is a global, group-driven competition where teams strategize over complex business cases. This year’s topic focused on the social and responsible development of Wilmar’s Palm Oil in Indonesia. After seven hours of intensive case analysis, the team presented a strong, data-driven final presentation to fellow participants and a renowned panel of judges, which included the former CEO of Pepsi-Co, Michael White. The team faced added pressure when several technical glitches including three corrupt files and one wi-fi breakdown added heat to the race. However, the team’s unity and leadership helped them pull through, making the four days hugely rewarding. The participants experienced an incredible few days and made lasting memories. “What an epic team journey we’ve had over the last past days!”, remarked team leader Sahil Chugani. “I am so proud of my teammates. This is the first time CKGSB has participated in the Yale SOM Case Competition and the team performed so well. This was such an enriching life experience and a tremendous honor to represent CKGSB internationally at Yale.” Fellow team member Cici Liu shared the sentiment by saying, “I had a wonderful experience at the Yale Case Competition this weekend. Thank you to my awesome teammates. We made lots of great memories!”