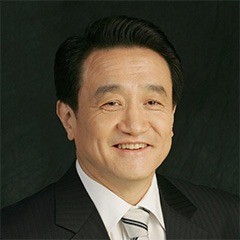 At Seoul National University, he was Dean of the College of Business Administration, 2001-2003 and Dean of the Graduate School of International and Area Studies, 1999-2001. He also served Seoul National University as the Founding Managing Director of the SNU Development Foundation, a pioneer for fundraising in Korea. He was President of the Korean Academic Society of Business Administration, the flagship organization in Korea representing 87 academic societies in business administration. He also chaired the Korean Association of Academic Societies, the umbrella organization of 651 academic societies that encompass humanities, social sciences, natural sciences, engineering, and others.

Professor Cho has served on the board of directors for 15 multinational companies and research organizations, including Kia Motors, Dongyang Securities, Korea Tire, and Korea Electric Power Corporation and has advised companies ranging from Samsung and LG to Korean Air and Kookmin Bank.

He was Commissioner of the Korea Trade Commission 2002-2005, Chair of the Committee for Government Innovation Management 2005-2007, and Co-Chair of the Committee for Synergistic Cooperation between Big and Small Corporations jointly with the Prime Minister of Korea 2006-2008. He was the standing member of the Presidential Council for National Competitiveness of Korea, and chaired the Sub-committee for Regulation Reform within the Council 2008-2013.

In 2007, the President of Korea awarded him the Order of Service Merit – Yellow Stripes, the second highest order given to any government officers. He also received the Presidential Honor in 2004 and the Order of Industrial Merit in 2000 from the government. The academic society has repeatedly recognized him for his scholastic works, such as the Economist Award by Maeil Economic Daily, the Award for Free Economics Publication Culture by the Federation of Korean Industries, and the Best Book of the Year in Economics/Business by Korea Management Association.

He chairs the Korea Support Committee for the International Vaccine Institute, the UN-created research lab for vaccines needed for children in developing countries. He is on the Board of Directors at both the Korea National Opera Company and the Korea Professional Football League. He is Director General of the Ahn Jung Geun Memorial & Museum, Chairman of the National Nature Trust, an Honorary Consul General of Finland in Korea, and Chairman of the Institute of K-Brand Promotion.